How Fast Is Your “High Speed” Internet? One Hotel Company Doesn’t Leave It To Chance

An international multi-unit hotel company was puzzled by their guest survey data about WiFi. Some hotels were rated low for WiFI, but the hotel company was unsure why. Was it a hardware problem? Low-bandwidth? The position of the guestroom relative to the access point? Peak vs. non-peak usage time, or was it that guests simply had a difficult time signing up and logging in?

The company was getting data but was unsure how to take action.  The hotel company and Coyle collaborated and took the approach of solving the problem by process of elimination. 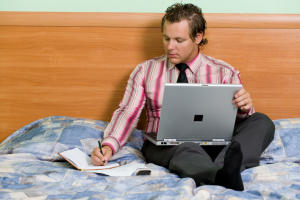 Evaluators conducted three download and upload speed tests during the evaluation via prescribed methodologies. The times and locations of the tests were standardized for consistency, but data was also collected from the guest perspective about ease of use. In other words, the guest experience was examined, but supported by consistent testing methodologies.

The hotel company was able to identify the hotels with lowest performance and immediately determine where there were hardware and software issues. Secondly, they were able to see the load being carried by hotels in low and high-demand times and correlate it to the exact impact on the guest. Through the qualitative analysis, the hotel company learned how to proactively address the user issues that were causing confusion and leading to dissatisfaction.